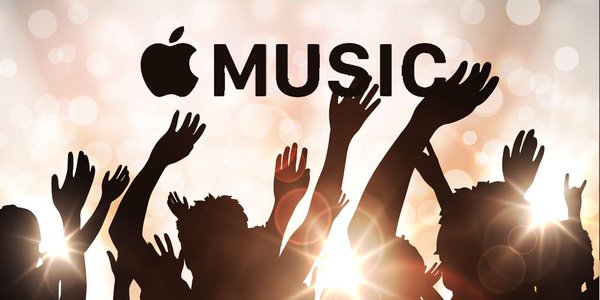 Apple CEO Tim Cook is happy with the whopping number of subscribers on Apple Music, a music streaming service. The paid subscription has reached 13 million. Early in February this year it was announced that the subscription reaches 11 million. Which means in a matter of three months it increase by 2 million paid subscribers. The growth is incredible giving that the app is available for the iPhone. It takes Apple to the second place after Spotify that has 30 million paid subscribers to their credit. It may be mentioned that Spotify has been around for a long time now.

Following closely is TIDAL, owned by Jay-Z music service. It got a boost with their exclusive right acquired for Beyonce’s latest album Lemonade. Until March 2016, there were only 3 million subscribers. Apple has to its credit a limited deal exclusively with Drake for his latest album, titled Views From the 6. This is deemed to attract more users and can keep the subscriptions coming for Apple Music. Meanwhile Tim Cook mentioned that Apple Music is the first of Apple’s subscription business. It may be noted that Apple has offered iCloud services for a monthly storage plan for a few years now.

Apple Music has made its way to over 100 countries, and it is all set to celebrate its first anniversary in June 2015. Apple Music is predicted to hit the 15 million mark gaining prominence over Spotify that has a subscription of over 20 million and around 75 million active users just weeks before Apple Music was launched. Apple is promoting Apple Music with exclusive releases and artist videos from Drake, Taylor Swift and more. It also plans to debut a TV show with ace star Dr. Dre. Apple music is right now priced at $9.99 per month and $14.99 for a family of six users.

The success of Apple is seen with the music company attaching more credit cards to the iTunes account. This makes it easier for customers to make a subscription to Apple services and make a purchase of Apple content. The impressive growth of Apple Music is steady and is in the right direction.